ʻAlalākeiki : What's in a Name? 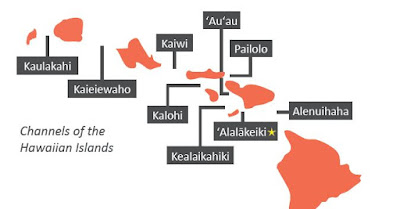 Flanked by three separate channels and one of the windiest harbors on the map (Māʻalaea), the ʻAlalākeiki ("crying child") channel is the seven-mile passageway crossed by all volunteers, restoration supplies and cargo destined for Kahoʻolawe from the island of Maui.

To the south of ʻAlalākeiki lies the ʻAlenuihaha ("great billows smashing") channel, considered by many as one of the world’s roughest channels due to the significant wind funnel effect created by Hawaiʻi’s northeasterly trade winds funneling between Haleakalā (on Maui) and Mauna Kea, Mauna Loa, Hualālai and the Kohala mountains (on Hawaiʻi Island); the tallest mountains in the world when measured from the sea floor.

To the north lies Māʻalaea Bay which also gets its high winds from the funneling effect of the trade winds between Haleakalā and the West Maui Mountains. Kealaikahiki channel lies to the northwest and the ʻAuʻau channel lies further north. 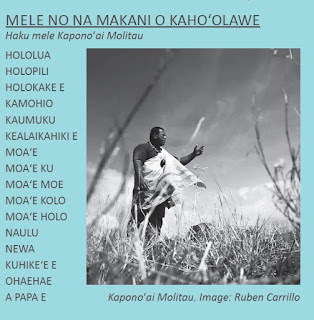 Hālona is the southeasternmost point of Kahoʻolawe, said by Uncle Harry Kunihi Mitchell to have more than 300 winds striking its point. Today we know of 16 of those winds, as referenced in Mele No Na Makani O Kahoʻolawe. The first mentioned Hololua ("two running") wind speaks of the wind that blows from the ʻAlenuihaha side joining another from the Māʻalaea side. When these two winds meet (often in the middle of the ʻAlalākeiki channel, just off of Hakioawa, Kahoʻolawe) they become Holopili (Holo: "running"; pili: "come together"); the second wind named in Mele No Na Makani O Kahoʻolawe. When this occurs, it creates a very confused sea state in the middle of the channel — with two swells from opposing directions running into each other that can make for some very uncomfortable sea conditions. 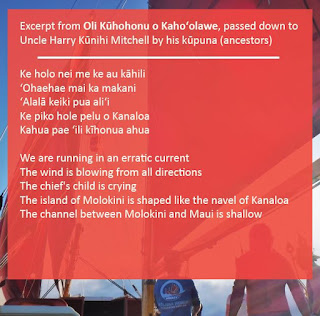 "Traversing the channel during such conditions tends to make passengers feel sick and uncomfortable," remarks KIRC boat captain Lopaka White, "the ride is rough, slow and tedious. These days, we are lucky to have motors. Sailing through conditions like this only makes it harder because the winds are blowing from all directions. ʻŌhua (our ocean vessel) will list side to side, yaw up and down and even slam when bigger swells are passing beneath before leaving a big trough to fall into. I imagine early residents going back and forth between Maui and Kahoʻolawe experienced this. Even to this day we have the occasional rough trip; I have heard many children, teenagers, and even adults to a lesser extent “scream like a baby”; even if just for a moment the name ʻAlalākeiki still rings true."

Lopaka continues, "other ʻAlalākeiki place name stories have been told: one makes mention of a place near Makena Landing where sick residents would be placed. According to this account, mothers would take their sick babies down to the water to try and break their fever and cleanse them. The wailing and crying of the sick babies being bathed in the ocean at Makena could be heard from a distance, giving way to the name ʻAlalākeiki. In another version, many seabird burrows used to exist along the coastline of Makena/ Wailea — now mostly hotels, condos and large mansions. I can still remember sitting along the rocky coast on the beach walking path at night and hearing what sounded like babies cooing and crying. These were actually Uaʻu Kani (wedge tailed sheerwaters) birds in their nests at night. It was an eerie sound, but my friends and I used to joke around saying it was the crying baby from the channel."

Read on
Posted by Kaho'olawe Island Reserve Commission at 5:46 PM